L.A. Detective Harry Bosch figures he can beat most criminals.

Overcoming himself is a different kettle of demons, and that’s the adversary Harry is confronting in the second season of the taut and engaging series Bosch, which just dropped on Amazon. 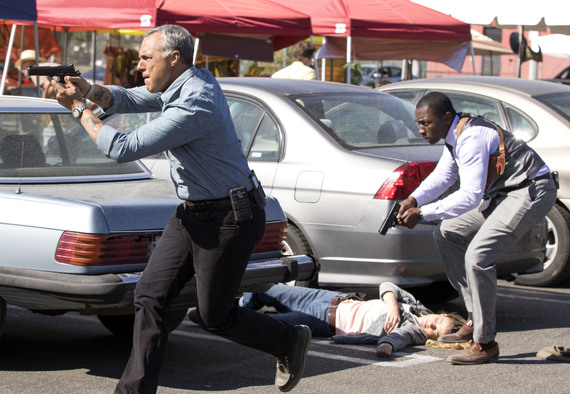 Titus Welliver, well known to TV and movie fans for playing tough characters in muscular, often dark shows like Sons of Anarchy, Brooklyn South and Deadwood, makes Bosch hard-nosed and flawed, just as Michael Connelly has written him in a quarter century of crime novels.

Season two starts with Bosch returning from a six-month leave of absence, and Welliver says that has focused him on more than just the brutal crimes he routinely becomes obsessed with solving.

“He’s trying to come to terms with himself,” says Welliver. “He’s flawed and he knows it. There are things he wants to fix.”

At the top of that list is his relationship with his daughter Maddie (Madison Lintz).

“He has trouble with any kind of intimate relationship,” says Welliver. “He’s been trying to mend his relationship with his ex-wife, partly for the sake of his daughter, but he’s still the same guy in many ways and he fell into traps that led to problems.”

Against that backdrop, he has to make it work with Maddie.

“He doesn’t want to f— it up,” says Welliver. “This is the one relationship” that matters to him. 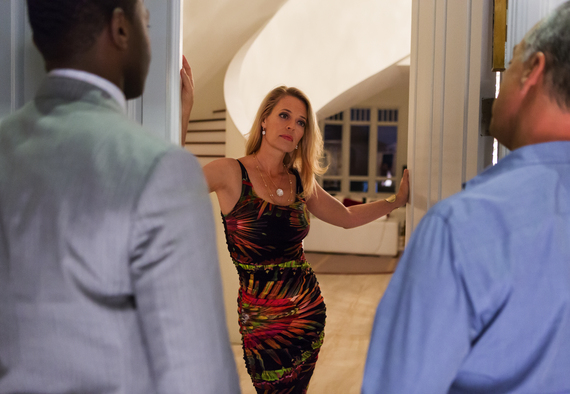 Veronica, above, presents a new twist even to a veteran of the hard-boiled L.A. crime scene.

Veronica’s profession and attitude do occasionally enable Bosch to lighten the mood.

“Harry has a sense of humor,” says Welliver, though the nature of his job mostly limits him to the familiar graveyard humor of cops, and not much of that.

“He doesn’t joke much,” says Welliver. “He has nothing but respect for victims.”

Welliver himself has come to be known for characters who don’t smile much, from Dr. Mondzac on NYPD Blue to prosecutor Glenn Childs on The Good Wife.

While he’s not complaining – he’s had steady work for a long time, in the movies and on TV – he says he wouldn’t mind stretching once in a while.

“I’d love to do other things,” he says. “Something totally out of left field. I’m sort of pegged as being this painfully serious guy, and that’s not the case.

“I did a scene in the movie Red 2 with Bruce Willis and John Malkovich that was very comic. The director kept saying, ‘Do your worst. Go as broad as you can.’ That was fun.”

Other items on the 55-year-old Welliver’s wish list include time behind the camera.

He’s a painter, like his father Neil Welliver, so he frames scenes with a painter’s eye.

“I look at everything that way,” he says. “It’s in my DNA. From the earliest time I watched movies or TV, I always spotted the way they were setting it up.”

Then, 30 years ago, he got a guest tutorial from one of the men who set it up best.

“I was working on Mulholland Falls,” Welliver recalls, “and the cinematographer was Haskell Wexler. The master. I started hang around him and one day he said, ‘Would you like to look through the camera?’

“He very generously talked to me about what a director of photography does, figuring out how to capture the place they’ve set up. It was a very interesting conversation.”

“There’s still a lot we don’t know about Harry,” he says, and he’s talked that over with both Connelly and Eric Overmyer, who developed the TV series. 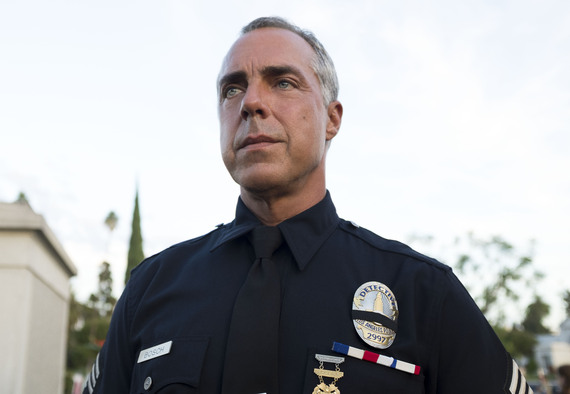 “We’re exploring Harry slowly,” says Welliver. “We’ll find out more about his mother’s murder. Every detective has that one case they haven’t solved, and this is the one that haunts Harry.

“We’ll also find out more about his own history. He doesn’t talk much about it, but if you put him on a witness stand and have a lawyer cross-examine him, more will come out.”

Welliver says that’s part of what drew him to Harry in the first place – the tangled, unspoken backstory.

“Harry’s trying,” Welliver says. “He’s quit smoking. But the first thing we see this season is that he’s running in the Hills. He shouldn’t be doing that. He’s too old to run in the Hills.

“I guess that shows how he’s like Sisyphus. Always pushing the rock.”