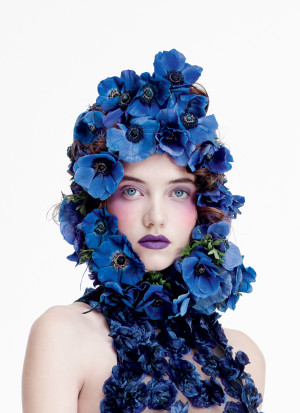 The idea for OdeJo, the soon-to-be cult fragrance that has just landed at Colette in time for the Paris collections, came about as one imagines so many great ideas might: during a chance encounter at Elton John’s house. “I was instantly mesmerized by her scent,” Jeff Lounds recalls of the moment Jo Levin passed him on the way into a party at the singer’s country home 15 years ago.

Levin, a British stylist and former creative fashion director of GQ, had sourced the perfume oil—a sunny blend of aquatic notes—15 years earlier at a small apothecary in New York, and she wasn’t in a sharing mood. “It’s Eau de Jo,” she told Lounds enigmatically. “She wasn’t telling anyone what it was, which made it even more infuriatingly seductive,” says Lounds, one of the coconspirators behind the beloved scent brand Escentric Molecules.

Undeterred, Lounds let Levin know that should she ever be ready to bottle the oil that elicits enthralled inquiries from Tom Ford and London taxi drivers alike, he’d be at her service. “And 18 months ago,” Levin explains, “I was standing in my kitchen, daydreaming, and I suddenly realized I was ready.”

An homage to the magic hour on a summer night, when the sun hangs low and golden and the air begins to cool, Lounds’s reimagined OdeJo—created in collaboration with the fragrance team at Floris—features pure essences of lily and Tahitian rose that bolster a nostalgic blend of cucumber oil and blue sea kelp. The combination has that rare ability to transport you to a different time and place. For me, the time is the late ’80s and the place is the south Jersey shore, where I would cuddle close to my mother on the beach as the August days dwindled and fill my lungs with deep whiffs of her chest, which often smelled of sunscreen and a faint trail of white musk.

The new formula, which made its debut at Harvey Nichols in London, is a more well-rounded adaptation of the original that still manages to preserve its clarity, according to Levin, who made sure the scent was also available in a concentrated roller ball formula—a nod to the elixir she has dabbed on her pulse points for the last three decades. “I’ve always loved oils, how as they warm up, they seem to combine with the scent of your own skin,” she says.

That subtlety is part of the point of this project, according to Levin. “I believe there’s a swing that way,” she says, “away from the blatant toward something hidden that is slowly revealed.”

OdeJo Perfume Oil Roll-On, from $55, and Eau de Toilette, from $85, available at Colette and on luckyscent.com.

The post This New Scent Has Your Spring Fragrance Game Sorted appeared first on Vogue.