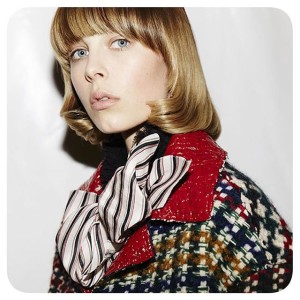 Is there anyone more synonymous with Parisian cool than Isabel Marant? (And by the way, that’s a rhetorical question.) At yesterday’s Fall 2016 runway show, the designer’s gang of bodacious tomboys took a headlong dive into joyful ’80s club-kid signatures like PVC pants, animal-print buckle boots, and Flock of Seagulls–esque quiffs—but stopped short of trying too hard with their makeup. Of course, that’s not to say that they didn’t dive into their bag of beauty tricks for something un peu sexy for the weekend. The solution? A subtly darkened brow, a hint of contour, and skin that took the idea of the French girl glow to the next level.

According to backstage pro Lisa Butler, conjuring that healthy radiance came down to one incredibly simple trick: She swirled the same makeup brush over three creamy compacts of Becca Shimmering Skin Perfector in Opal, Rose Gold, and Topaz before blending it over the apples of the cheeks, bridge of the nose, and cupid’s bow. The combination of the three sheer shades, which range from a pale gold to a blush-color metallic to a soft bronze, work to “gloss up” the luminous, fleshy quality and “subtle shine” of virtually any skin tone. That’s it? “That’s it,” admitted Butler with a smile and a shrug. “As lovely as they are, [Isabel’s girls] don’t really like makeup!” 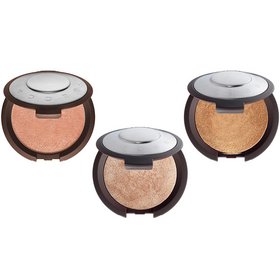 The post This French Girl Makeup Trick From Backstage Will Transform Your Skin appeared first on Vogue.