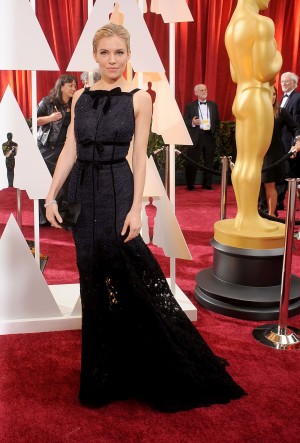 Earlier today, it was announced that Peter Copping would be parting ways with Oscar de la Renta. But in just two years in his current role, the English designer made a lasting impact on the iconic American brand, articulating the new look of ladylike dressing. Copping got his start honing his skills at Christian Lacroix, Sonia Rykiel, and Louis Vuitton before taking the reins as artistic director of Nina Ricci in 2009. In stark contrast to his predecessor, Olivier Theyskens, Copping’s collections for Nina Ricci featured intricate laces and embellishments; the romantic and ethereal notes struck a chord with Hollywood’s A-list, who clamored for his one-off red carpet looks and cocktail dresses alike.

After five years at the Parisian house, Copping brought that sensibility stateside to Oscar de la Renta. And while he didn’t entirely abandon his signature touches, Copping’s work was elevated through distinctive silhouettes like the bias-cut dress he made for Carey Mulligan for the Suffragette premiere or the grand tulle and organza number he created for Gwendoline Christie for the premiere of Star Wars: The Force Awakens. Here, a look back at some of Copping’s most memorable designs—on and off the red carpet—during his time at Nina Ricci and Oscar de la Renta.

A look back at Peter Copping’s collection for Oscar de la Renta Fall 2016: