Country starring Miranda Lambert spotted out and about for the first time with rumored new boyfriend, singer Evan Felker.( AP)

Looks like Miranda Lambert has moved on from her split from singer Anderson East .

The 34 -year-old “Tin Man” singer was snapped holding hands with musician Evan Felker on Wednesday during an jaunt in New York City. Lambert wore a floral black minidress and black boots as she remained close to Felker, who wore a denim button-up and jeans.

The two seemed comfortable presenting PDA as they mingled with the rest of their group, with Felker keeping his arm around her and whispering in her ear at one point. Lambert is currently on the Bandwagon Tour with Little Big Town, which had a stop in Wantagh, New York, on Thursday.

Miranda Lambert Explains Her Decision to Not Do Press for Her Latest Album: ‘I’d Already Been Through Hell’

Felker is in the country music group Turnpike Troubadours, which opened up for Lambert on her recent Livin’ Like Hippies tour. Lambert and Felker were first linked in April .

Earlier that month, it was reported that Lambert split from East, whom she dated for two years following her divorce from Blake Shelton . Lambert and 42 -year-old Shelton announced their split in July 2015, after four years of marriage. 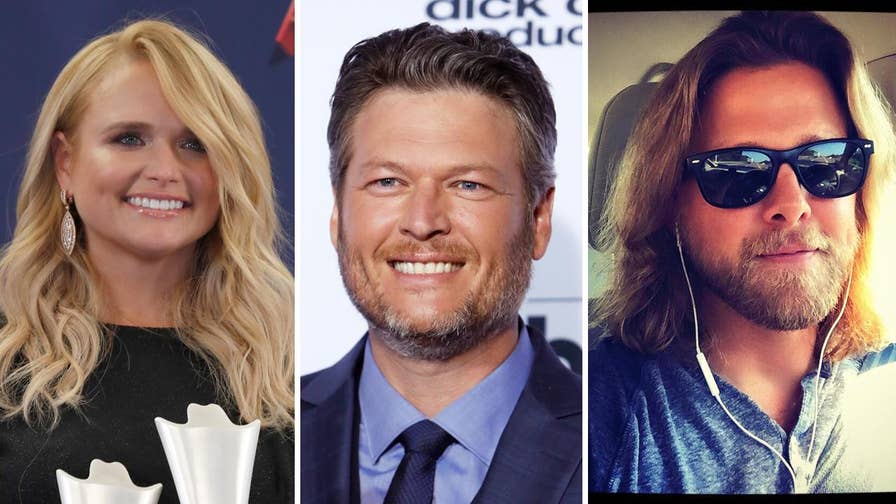 In an interview earlier this month, Lambert opened up about her emotional 2016 album, “The Weight of These Wings, ” which was written amid her divorce. The vocalist didn’t do any press promoting the album, and explained why.

“It was going to be hell, and I’d already been through hell, ” she told “HITS Daily Double” of purposely avoiding having to revisit her heartache. “It was hell putting it on paper, putting my terms on paper. So, I didn’t want to rehash. I’d finally get to a place where I wasn’t sad anymore. All the sad moments were there, all the truths were right in those songs. All you had to do was listen. I didn’t need to say anything.”

She also recalled a negative experience with the press, when she was asked about Shelton’s current girlfriend, Gwen Stefani .

“When the music was out, people had listened, I got on the phone for the first interview, ” she shared. “First question was, ‘How do you feel about Gwen? ‘ I hung up. I told[ my director] Marion, ‘I just can’t do this.’”