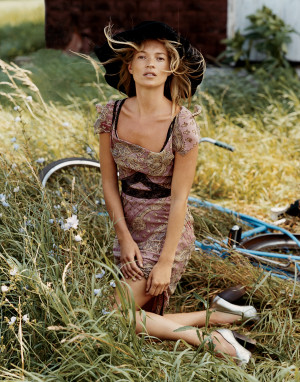 When Lisa Levine founded Maha Rose Center for Healing, a wellness studio in Brooklyn’s Greenpoint neighborhood—initially with small-scale meditation circles and later, in 2013, with private sessions in Reiki, acupuncture, breathwork, and other mind-body disciplines—she already knew the space intimately. In her previous life as a jeweler, the largest studio housed her manufacturing; it later served as her living room when she called the place home. If that welcoming, private-sphere sensibility has become a hallmark of Maha Rose, you can expect more of the same at its new Catskills outpost, located on the wooded, ten-acre property where Levine, her husband, and their infant son spend much of their time.

The idea for Maha Rose North came about unexpectedly during Levine’s maternity leave, as her young family set down roots at their country house, nestled between Woodstock and Kingston, two hours north of New York City. “We’re living up there three-quarters of the time, and I missed the community that’s been created here,” she explained recently at her Brooklyn flagship. After her husband proposed buying the converted 1920s schoolhouse next door, “all the wheels started turning,” she said. The new center, to be christened this weekend with a Reiki course led by Levine, will re-create the Maha Rose experience for other upstate transplants; it also offers a much-needed escape for her urban clientele. “The difference between a two- or three-hour workshop versus a whole weekend—you just go so much deeper,” she said. “You can have really transformative experiences.” With that in mind, Levine has enlisted a diverse group of practitioners to lead three-day programs this spring and summer, with more to follow. Some are better suited for newcomers to the world of alternative healing, like a yoga-and-cooking retreat (which will draw from the Hudson Valley’s bountiful farmers’ markets) and another centered on sound baths, a phenomenon that Levine sees as a “bit of a meditative shortcut” thanks to its head-clearing vibrations. Other workshops venture further into such topics as Tarot and advanced Reiki. Attendees can stay on-site at the schoolhouse, which sleeps 12 (with beds covered in Levine’s hand-dyed bedding), in a two-person cottage, or in the larger cabin on the property; camping is also an option, not to mention nearby Airbnbs.

“A lot of our clients are people who work in design and fashion and art. They’re attracted to beauty but need the other side of it—the internal side,” she explained of the tools she herself once sought out and now shares with others. And at Maha Rose North, the therapeutic benefits extend beyond the sunlit, rose quartz–strewn workshop space. “A five-minute drive away there’s a lake where people can go swimming. We have a big fire pit outside. And there’s a longer hike just across the road,” she said of the nearby Bluestone Wild Forest. “Just spending a weekend in nature is so healing.”

The post Escape From New York! A Chic Brooklyn Wellness Destination Opens in the Catskills appeared first on Vogue.