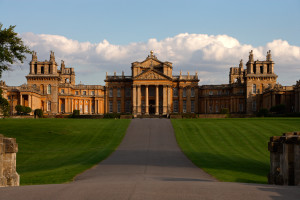 For the third time in its history, Dior will stage a fashion show in Oxfordshire’s Blenheim Palace. The house first landed at the palace in 1954, when Monsieur Dior was invited by the then–Duchess of Marlborough to show his couture collection there, bringing more than 100 pieces to the estate. The house was back again in 1958, following Monsieur Dior’s passing, with a show by Yves Saint Laurent. This May, Dior will return to present its Resort 2017 in the palace’s storied halls. Gucci, too, will be heading to England with a Resort show in Westminster Abbey.

Dior’s location is noteworthy not only for its ties to the brand—it’s also the birthplace of Winston Churchill and once hosted a large Rolling Stones party. Will Dior’s Resort show pick up on any or all of those threads? Time will tell.

The post Dior to Show Its Resort Collection in a British Palace appeared first on Vogue.