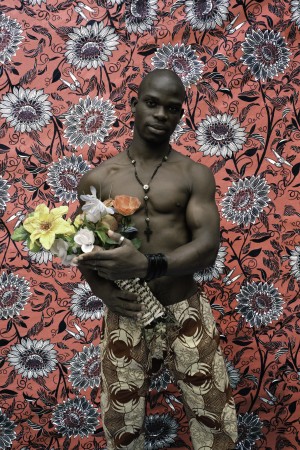 Is there a fashion designer in the world as capable of bringing together people and ideas in such a cleverly uplifting way as Duro Olowu? In London, the new exhibition he’s curated at Camden Arts Centre breaks all sorts of conceptual, cultural, and art-snobbish boundaries as deftly as he patchworks African fabrics with vintage Parisian silks in his clothes. The thread in “Making & Unmaking” is, quite loosely, the notion of weaving together “art, culture, and style,” as Olowu puts it, in a dynamic harmony where the connections between over 70 artists reverberate against one another across time, nationality, gender, and disciplines. “I want young people to some here and feel art as a nonacademic, exhilarating education—the way I did when I first saw things when I was a kid,” he says. “There are important conceptual works here, ground-breaking work, and many which haven’t been seen, but I wanted an easiness to it, an openness. In art nowadays, nothing is segregated off.”

At a time when diversity is such a hot issue, Olowu is a unique figure who brings his Nigerian-Jamaican background, English–New York art world credentials, and generally healing, sociable eye to make a multidimensional experience which is a delight to wander through. Here you can rebound between the pleasures of new photo montages by Lorna Simpson, ’70s documentary street pictures of super fly, platform-soled couples of the Notting Hill Jamaican community in London by Horace Ové, CBE, and sink into Neil Kenlock’s portraits of British black girls, dressed proudly to the nines in their homes. Then, you might turn to contemplating a Yoruba woven textile, or the Bauhaus artist Anni Albers’s jewelry, which she sold on the street to keep herself going around 1940—and then, circle around the vintage slip dress and pair of stockings embroidered with fragments of rap lyrics, a contemporary feminist fight-back against misogyny by Zoë Buckman.

There’s too much to take in, actually, at one go. Amongst the soft sculptures, the installations on the floor, and the minute—and huge—paintings on the wall, the sensation is more that Olowu is drawing together human connections, equally honoring the hands and the minds which make things, from all over the place. In times like these, that feels like an optimistic, liberating breakthrough.