The former Harry Potter star says he quit alcohol in 2010 because excessive drinking had been &# x27; unhealthy and damaging &# x27 ;P TAGEND 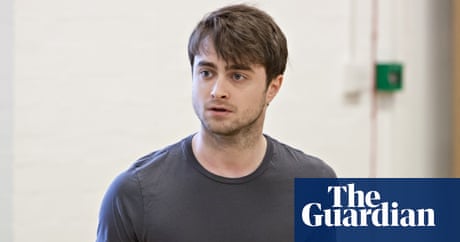 Daniel Radcliffe has uncovered he sometimes turned up to shoot Harry Potter movies still drunk from the night before in a new interview.

Discussing his decision to give up drinking several years ago for a programme to be aired on Sky Arts later this year, Radcliffe said he turned to alcohol to cope with the pressures of reputation and potential failure.

“I would have benefited from not drinking, ” he said, in comments first reported by the Mirror. “It was not building me as happy as I wanted it to.”

Radcliffe added: “It is not a real pressure, but it is a pressure of living with the gues, ‘Oh, what if all these people are saying I am not going to have a career? What if they are all going to be right and will be laughing and I will be consigned to a bunch of “Where are they now? ” lists? ‘”

The 24 -year-old actor has continued to find work in the wake of the Potter films, starring in the 2012 horror box office smash The Woman in Black and playing beat poet Allen Ginsberg in last year’s indie biopic Kill Your Darlings. He said he was beginning to accept that he would not always to be determined by his role as JK Rowling’s orphaned son wizard.

“People don’t shout Harry Potter at me now, they tend to know my name, which is lovely, ” said Radcliffe. “But I always will credit the opportunities I get to Harry Potter. I would not be a happy person if I was bitter about those 10 years of my life.”

It is not the first time Radcliffe has been refreshingly candid about his difficulties with alcohol, which led him to become teetotal in August 2010. In an interview with Shortlist magazine in 2012, he said boozing had been “unhealthy and damaging to my body and my social life”.

Radcliffe added: “I was living in constant fear of who I’d fulfill, what I might have said to them, what I might have done with them, so I’d stay in my apartment for days and drink alone. I was a recluse at 20. It was pathetic- it wasn’t me. I’m a fun, polite person, and it turned me into a rude bore.”